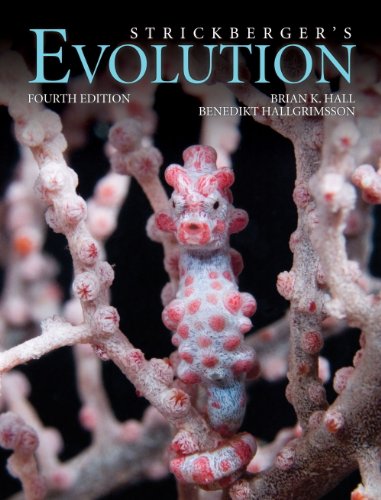 Strickberger's Evolution
$178.95
Written by Brian K. Hall, Benedikt Hallgrimsson
Published by Jones and Bartlett Publishers on Unknown date
Thoroughly updated and reorganized, Strickberger's Evolution, Fourth Edition, presents an overview of prevailing evidence and theories about evolution by discussing how the world and its organisms arose and changed over time. Remaining consistent with Strickberger's engaging writing style and awareness of the history of the study of evolution, the authors carefully unfold: (i) The evidence for evolution as a science, (ii) The enormity of time, including cosmological and geological evolution and its impact on life; (iii) The origin of life on Earth; (iv) The diversity, relationships and evolution of organisms; (v) How genes, cells, and embryonic development provide the organic framework by which evolution occurs; (vi) How populations may remain stable for long periods of time or give rise to new species; (vii) How evolution and society (including religion) impact one another. Throughout, the emphasis is on analysis of the evidence for the fact of evolution and the theories explaining evolution at all levels from molecules to populations.