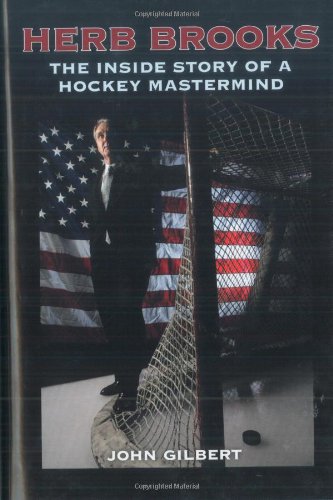 Herb Brooks: The Inside Story of a Hockey Mastermind
$25.00
Written by John Gilbert
Published by MVP Books on Unknown date


The U. S. hockey team's victory at the 1980 Olympics was a "Miracle on Ice"--a miracle largely brought about by the late Herb Brooks, the legendary coach who forged that invincible team. Famously antagonistic toward the press at Lake Placid, Brooks nonetheless turned to sportswriter John Gilbert after each game, giving his longtime friend and confidant what became the most comprehensive coverage of the '80 team. This book is Gilbert's memoir of Brooks. Neither strictly biography or tell-all expose, Herb Brooks: Born to Coach is the story of an extraordinary man as it emerged in the course of a remarkable friendship.

Gilbert, writing for the Minneapolis Tribune, first met Brooks during his coaching days at the University of Minnesota, whose hockey program he resurrected in the 1970's. The two became fast friends, and here, for the first time, Gilbert relates anecdotes--his own and former players'--that illuminate Brooks' oftentimes hard-nosed coaching methods, his dramatic successes, and his incomparable character. From Brooks' beginnings in East St. Paul and his stint with the 1960 gold medal-winning Olympic team (from which he was famously the last player cut), Gilbert goes on to dissect the coach's tenure with the Gophers (including three national titles) and the Lake Placid story, from the selection process and yearlong barnstorming tour to the Games themselves. Throughout this and later chapters of Brooks' career--including coaching turns with St. Cloud State University, four NHL teams, and the 2002 U.S. Olympic squad--readers are treated to impossibly colorful quotes, rare photographs from Brooks' playing and coaching careers, and pertinent sidebar pieces that originally appeared in the Minneapolis Tribune.